Windows Virtual Desktop and Windows as a Service

Posted on August 10, 2020 by CloudyInNashville 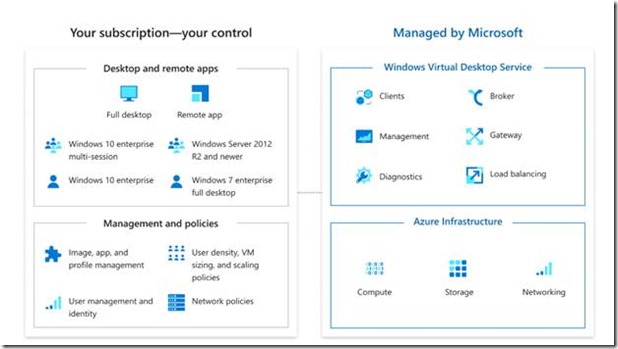 Many years ago, I argued with a friend of mine in Redmond that eventually even the Windows client operating system would be virtualized, just like Windows Server. He swore that would never happen. Since then the windows client OS has been virtualized in the form of bootable VHDs (I should have made a bet with him back then.

Predicting the future is risky, however it is pretty clear to me that we are now moving towards Windows as a Service (WaaS) or even Operating System as a Service (OSaaS). There is a lot of evidence to support this. That follows the path of Microsoft office, once an application completely installed on a computer now delivered in large part as a cloud-based service.

With the advent of the pandemic and the need to support remote and even home-based workers on all kinds of devices Windows Virtual Desktop (WVD) has suddenly become in great demand. Microsoft has gone through several iterations of offering Windows as a Service starting with partial solutions such as App Virtualization, Terminal Services, and Remote App and there have been 3rd-party solutions such as Citrix supporting this as well.

The latest offering in this family is Windows Virtual Desktop (WVD)

If we look at the challenges of delivering Windows as a Service, we must consider the requirements and what WVD provides or will provide in the near future to support this mode of delivery.

Once all these files and data have all been virtualized then an operating system can be truly user and device independent and able to be delivered remotely and dynamically. It should not matter if the virtual machine that is hosting it is the same one that hosted it the last time that the user logged on.

Concurrent with this is the need to be efficient in having large numbers of users accessing a smaller number of OS images running in the service. The new Multi-session version of Windows supports this very well just as Windows Server has done for a long time. Of course, in cases where dedicated images are required WVD supports that as well.

So, what is there now to address these requirements?

If we look at the operating system as just a collection of files as discussed above, we can focus on the virtualization of the other components,

The pandemic has given a boost to the need to support remote workers on all kinds of devices that they own. Although not the only reason to use it we believe that is what has given it a boost. As the technology matures there will be even more reasons for companies to adopt it. And Operating System as a Service is fast approaching.

I am a Cloud Architect and Consultant. Over several years I have been working with companies to help them design and build .NET based applications for public and private clouds. My focus is the Cloud, Public Clouds and Microsoft's Windows Azure Cloud platform in particular.
View all posts by CloudyInNashville →
This entry was posted in Microsoft Azure. Bookmark the permalink.