Posted on September 13, 2016 by CloudyInNashville 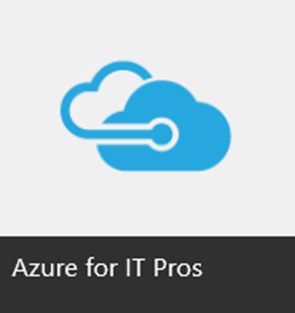 Microsoft Virtual Academy is launching a new series for IT Pros that will be delivered in smaller replaceable chunks that will be more consistent with how Azure Features are delivered, rather than long recorded units that are obsolete by the time they are released.  This will be a more agile approach.

They have already released several samples published today (I understand that some of the demos will be added later):

Although this series is for “IT Pros” I suspect that they will take the same approach for Developers soon if this works out.

I am a Cloud Architect and Consultant. Over several years I have been working with companies to help them design and build .NET based applications for public and private clouds. My focus is the Cloud, Public Clouds and Microsoft's Windows Azure Cloud platform in particular.
View all posts by CloudyInNashville →
This entry was posted in Microsoft Azure and tagged Azure, ITPro Training, Training. Bookmark the permalink.